Ring of Steel Reinforced with Concrete in Chinatown 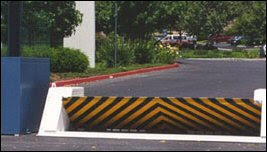 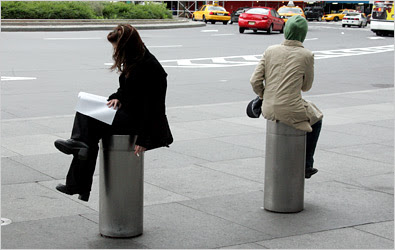 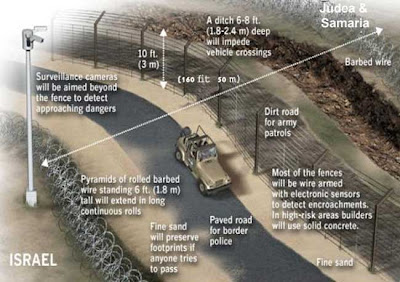 For many living near Chatham Square it sometimes feels as though they are in a militarized zone. While even the United Nations and FBI headquarters have public vehicles pass by them daily, One Police Plaza is ensconced behind its security barrier, soon to be "hardened" even further.


Police Headquarters "Ring of Steel" in Lower Manhattan is reinforced with concrete in Chinatown. Not satisfied with taking away the 400 car Municipal Garage pre 9/11 and delivering hammer blows to the local economy and neighborhood after 9/11 by:
* Shutting down Park Row, parts of Pearl and Madison Streets, Brooklyn Bridge exit ramp to Chinatown
*Forcing thousands of residents, visitors and deliveries to two buildings next to Police Headquarters to go through a "security check point" in order to stop with a vehicle in front of their own doors.
*Taking away a local park next to Police Headquarters for a parking lot which was returned to the community through a CCRC lawsuit.
* Rerouting MTA bus routes to the outer edges of Chinatown until Mayor Bloomberg restored them shortly before his re-election campaign.
* Taking over every foot of sidewalk/street/crosswalk/bus stop for government permit parkers until a CCRC campaign forced the city to perform a DOT study to determine the number of existing government placards, as the abuse was so out of control that the city was clueless. The city sat on the study results for over a year until the threat of a FOIL action shortly before the congestion pricing vote when Mayor Bloomberg revealed there were 70,000 government issued permits. Further outcry outted the true numbers several weeks later which showed there were over 140,000 government permits -- most of them in Lower Manhattan. This figure in fact showed only the legal government issued permits -- the numbers did not include the tens of thousands of fake permits issued by government workers' unions and did not include the tens of thousands of permits, real or fake, that government workers had copied for their relatives and best buds. This rampant abuse forced visitors and truck deliverers to Chinatown and Lower Manhattan neighborhoods to circle endlessly creating traffic congestion, air pollution, delays in emergency vehicle response times and disgust/mistrust of city government and the adminstration. And it killed the Chinatown businesses near the Civic Center until the CCRC worked with Community Board#3, an American Red Cross grant and a local film maker to document the extent of the abuse.

Now the death blow arrives at the holidays in the form of a Chatham Square Reconfiguration Plan that purported to improve traffic and pedestrian safety. The December 2nd "hearing" was an announcement after the fact that the "Big Dig" had already started and there was nothing that the community could do to stop it. No surprise to hear that there was not s shred of paper evidence or statistics to support pedestrian safety studies. Stay tuned for a detailed analysis of all these expensive traffic engineers' Chatham Square design proposals -- from those of us who have lived on these streets for over a century. After all, these DOT traffic experts dug up Chatham Square less than 10 years ago for almost two years -- did they come up with a better plan last time? Just take a look at the plaza they built in front of East Broadway preventing northbound traffic on St. James and Oliver Streets from making a right turn without going unnecessarily onto the Bowery. More to come.....
Posted by kvk at 7:00 AM