Community Board One - REJECTS the DOT's Chatham Square Reconstruction Plan 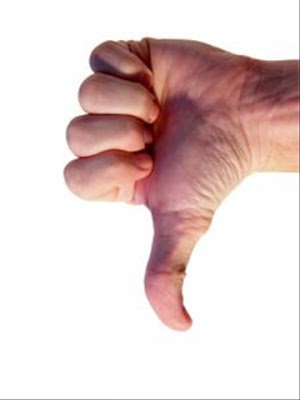 Before Community Board 1 could decide what they thought about the proposed Chatham Square redesign, they had to make a more fundamental decision — whether to let the Department of Transportation even present the plan.

Paul Hovitz, a C.B. 1 member, said the plan sounded like a fait accompli.

“If that’s the case,” added John Fratta, chairperson of the Seaport/Civic Center Committee, “we don’t need a presentation. We’re sick and tired of the D.O.T. ramming plans down our throat and the hell with the community.”

After continuing in this vein for about 15 minutes, the committee ultimately decided to listen to the presentation. They then unanimously disapproved the plan.

The city wants to spend $50 million to reconfigure Chatham Square, a congested seven-way intersection. The plan would align St. James Pl. with the Bowery and Worth St. with E. Broadway, effectively cutting Park Row out of the intersection. Park Row was closed after 9/11 to protect One Police Plaza, and the new plan assumes that it will remain closed long-term.

Fratta mentioned the uniformly negative response the project received at a public forum in Chinatown last week as a main reason for opposing the plan. He is particularly concerned that the city is turning part of Park Row into a park and promenade, which he sees as “just a way to dress up keeping Park Row closed. It screams to the community, ‘We’re keeping Park Row closed whether you like it or not.’”

Hovitz questioned whether it even makes sense to turn Park Row into a park if it is supposedly a dangerous area. “You’re inviting people to picnic and hang out in a minefield that is a potential attack zone,” he said incredulously.

Jeanie Chin, from the Civic Center Residents Coalition, pointed out that Park Row is still open to buses, and under the new plan, buses traveling from the Bowery to Park Row will have to make two additional turns at traffic lights.

“That will jam up the traffic as the buses turn,” Chin said, adding that it is very hard for the new double-length buses to make turns. “It makes no sense.”

Josh Kraus, who works for the D.O.T. Lower Manhattan borough commissioner’s office, said only 10 to 20 buses per hour would be slowed down, while many more vehicles moving through the square would be speeded up.

Joe Lerner, a committee member, said the D.O.T. removed an M-21 bus stop at Frankfort and Pearl Sts., saying the double-length bus could not make a left turn. It is inconsistent for the city to now say a double-length bus can easily turn left onto Park Row, he said.

Community board members also criticized the city for not doing enough community outreach. Seth Myers, from the mayor’s office, countered that the city has been speaking to the community since 2004. After some back-and-forth on that fact with Chinatown residents in the audience, State Sen.-elect Daniel Squadron stepped in.

He diplomatically praised the D.O.T. and the city for doing community outreach at higher levels than in the past, but he also said the outreach “needs to be ramped up now.”

Squadron added that any plan that makes the Park Row closure permanent is unacceptable.

The committee initially wanted to pass a resolution encouraging the city to hold off on the project until they do more community outreach. But since Myers said the city was planning to put the current plan out to bid early next year, the committee decided to take a stronger stance and oppose the project.

During the presentation, Myers tried to highlight the city’s flexibility on some landscaping details. The plan for the Park Row promenade is to install cherry trees, but if people want other kinds of trees, the city is open to listening, Myers said.

Ann DeFalco, a committee member, shook her head. “That’s the least of our worries,” she said.


Julie@DowntownExpress.com
Posted by Watchdog at 1:05 AM