Harry Wieder, an LGBT rights, transportation, and disabilities advocate, was run down and killed by a taxi last night in the LES. Weider, 57, described himself on his Facebook page as a "disabled, gay, Jewish, leftist, middle aged dwarf who ambulates with crutches." He was crossing Essex Street after leaving a Community Board 3 monthly meeting at P.S. 20 when he was struck by the cab. Many colleagues witnessed the accident and accompanied him to Bellevue Hospital, where he was pronounced dead.
District manager Susan Stetzer described the scene after the meeting: "His car was parked across the street. It was as laborious for him to walk. For him to walk to the corner and cross the street would have been extremely difficult. He was crossing the street in the middle of the block. The cab driver was very distraught."
Wieder first came to prominence in the 1980s with the activist group Act-Up. He was profiled in Betty Adelsen’s 2005 book, The Lives of Dwarfs: Their Journey from Public Curiosity Toward Social Liberation, and also written about by Jimmy Breslin for Newsday, who captured his "combative, roguish nature and his penchant for truth.”
Despite having difficulty walking, and living in a home for the deaf, he was an active fixture at community board meetings, rallies and events, and became well known to local politicians. Community Board 3 Chairman Dominic Pisciotta wrote in an e-mail early this morning after the incident, “I will miss Harry terribly. He contributed so much to the board, and you could always count on him being at nearly every meeting. He loved serving the community, and most of all fighting for it...He had a big impact on his community. That’s why his loss will be really felt by people, because he was so intensely engaged with the community.”
And Manhattan Borough President Scott Stringer said, "I was extremely saddened to learn about the tragic circumstances surrounding the death of Harry Wieder, a longtime advocate and member of Community Board 3. My thoughts go out to his family and friends. He leaves behind a huge void in the communities he served. How terrible that someone who worked to improve transportation for all was struck by a taxi. We can honor his life by continuing to fight for safer roads, and furthering his legacy of equality and access for all." - www.DNAINFO.com

Harry was an advocate for the Chinatown community:
"Harry Weider was a teacher, a mentor, and a mench. Many people do not know about his connection to the Chinatown community. Throughout the last several years he made it his interest to understand more about the Chinese culture, and the history of Chinatown and as such he spent considerable time walking and driving in the area to better understand the concerns of the community. He was also very fond of Vietnamese noodle soup. He made decisions based upon his first hand experiences in the area, and he advised and informed - always with a big heart. We recall Harry walking, despite a driving rain, and using crutches, with Chinatown residents at Chatham Square to understand the lay of the land during a hotly debated issue confronting the community board. No matter how difficult the issue, season or the weather, Harry advocated for Chinatown pedestrian safety and his passing is a giant loss for our community, his contributions will never be forgotten."
Civic Center Residents Coalition'
Harry - rest in peace.

These photos are from 11:30pm - 12 :20am  April 11 2010
For assistance please contact The Red Cross http://www.redcross.org/
For someone in need in the Chinatown area please contact: Hamilton Madison House www.hmhonline.org, assistance available in translation of forms and applications for temporary housing, and support, including mental health and psychological trauma assistance.  212-349-3724. 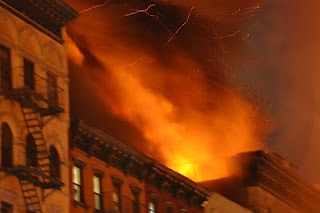 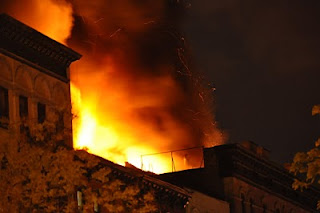 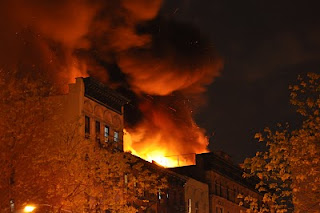 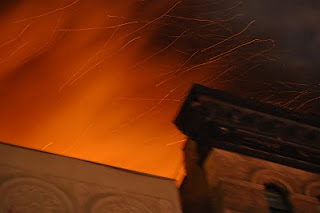 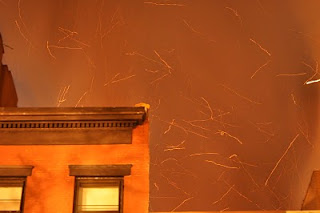 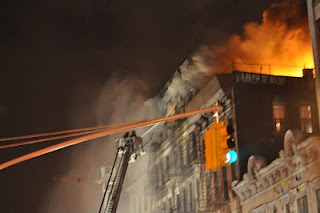 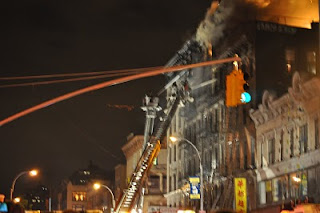 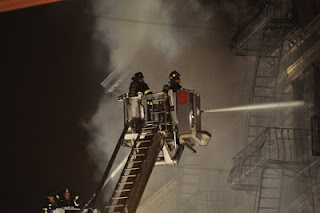 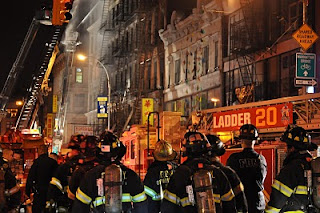 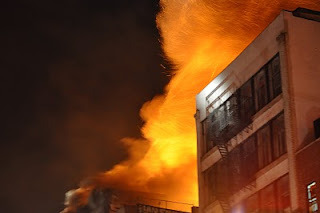 Anonymous said...
WOW, I was at that fire and it was nothing like I have ever seen. I felt like I was on the set of a movie. There were fire trucks, hundreds of fireman, helicopters, police, a gawking crowd. It was a bit scary and a totally unforgettable experience! 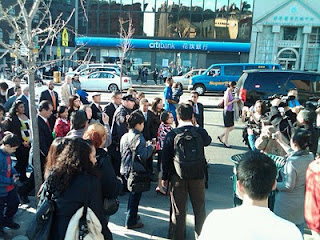 Lion dancers and supporters from the Fujianese and Haka community, as well
as Chinatown businesses and residents joined in the "parade" walk from
Lin Sing to Golden Unicorn Restaurant on East Broadway 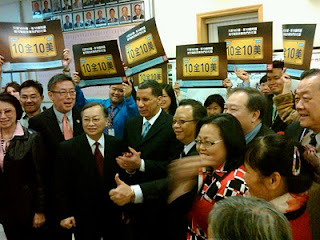