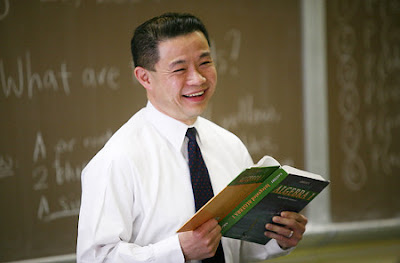 The following letter was sent to friends and supporters of Comptroller candidate John Liu in response to the recent Daily News article which, in effect, accuses Liu of lying about his past experience working as a young person in a Chinatown sweatshop.

As one Chinatown resident explains "Historically many U.S. immigrants toiled at sweatshops or in sweatshop like conditions in order to keep a roof overhead and food on the table -- unfortunately it was ingrained in many to keep quiet about the long hours, low pay, lack of overtime or risk getting their bosses into trouble or themselves fired. Sadly such choices continue to be faced by many immigrants today."

We all know that sweatshops exist – even in our modern ethical society
– but no one talks openly about it, especially not people who have
worked in factories. And many people, including journalists, simply
do not understand how these illegal industries operate.

What began as a profile suddenly turned into a misleading piece of
'gotcha' journalism. A reporter asked for an interview with my
parents to talk about my childhood, and we gave her unfettered access.
My mom was very reluctant and embarrassed to talk about her
experience working in the garment industry.

After the interview, the reporter asked me for a paystub to prove I
actually worked in the factory. We attempted to explain to the
journalist how sweatshops actually work. Unfortunately, we were
unable to dislodge her preconceived ideas about how illegal practices
in the garment industry work.

Not all sweatshops look like a scene from 'Norma Rae' or other
Hollywood movies, with people toiling in neat rows in a factory
setting. These factories do exist, but in addition, some sweatshops
use overseas labor involving children as young as 6 years old. Others
– including the one my mother worked in – combined factory hours with
home-based piece work to maximize the exploitation and squeeze the
most out of workers: even after leaving the factory, the work never
ends.

Equally important for sweatshop owners are the weapons of intimidation
and shame, which keep parents from admitting they have involved their
own children in unlawful work situations.

For my parents and so many Asian parents, having worked in a sweatshop
is a shameful past and people choose to bury those memories. It’s
time we brought them out in the open and let people tell their stories
without being subjected to cynical attacks.

35 years ago, I worked with my mom – inside a sweatshop and at home.
For me, it’s not a shameful past. I make no apology for the work
ethic I gained from toiling away many hours in a factory, and I remain
as committed as ever to exposing and ending the sweatshop system.

I am running for Comptroller based on my record of accomplishments and
my fiscal expertise and my vision for what the Office can do. I am
also running to expand opportunity for the millions of New Yorkers who
don't have a job as well as those who work in sweatshops in the
retail, restaurant, laundry and many, many other industries. 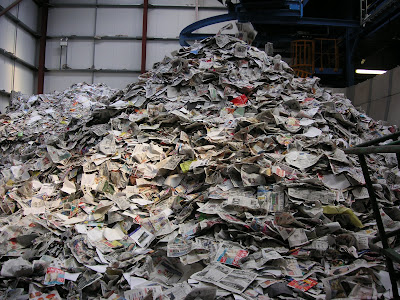 RECYCLING fanatic Dallas Boesendahl has a bone to pick with Mayor Bloomberg. At the recent East Hampton Antiques Show benefiting the East Hampton Historical Society, the antiques dealer was offering customers like Beth Rudin DeWoody and Jane Holzer a choice of used shopping bags from Jimmy Choo, Gucci, Saks and Cartier to carry home their precious finds. The conversation went from recycling to junk mail and Bloomberg's campaign pamphlets that are cramming everyone's mailboxes. Boesendahl says he tried and failed to get his name removed from Hizzoner's mailing list. One Hamptons socialite suggested they hire a garbage truck and gather several tons of the discarded Bloomberg mailings and dump them in front of his townhouse. "Then he might get the point," she said. A Bloomberg campaign spokeswoman said, "It's all recyclable mail, so once they're done hanging the mayor's report card on schools on their fridge, they can toss it in the recycling bin." - FROM NY POST
Posted by Watchdog at 11:29 AM No comments:


Downtown Express and its sister publication, The Villager, are sponsoring a forum for the primary candidates in the District 1 City Council race on Mon., Aug. 17, at Pace University. All five Democratic candidates in the race for the Lower Manhattan seat have confirmed their attendance. They are City Councilmember Alan Gerson, Pete Gleason, Margaret Chin, Arthur Gregory and PJ Kim.

The forum will be held at 1 Pace Plaza, entrance at Spruce St. near Gold St., in the multipurpose room. Doors will open at 6:30 p.m. and seating is limited. The forum, which is free and open to the public, will start promptly at 7 p.m. and end about 8:30 p.m.

The co-moderators, Josh Rogers, associate editor of Downtown Express, and Lincoln Anderson, the associate editor of The Villager, will ask the questions, which will include some written by attendees. Readers can also email question suggestions appropriate for all five candidates to news@downtownexpress.com (put “Forum Question” in the headline) or mail them to Downtown Express at 145 Sixth Ave., NY, NY 10013.
Posted by Watchdog at 10:30 PM No comments: From The Brooklyn Paper
Posted by Watchdog at 1:23 AM No comments:

The corner where the HSBC Bank once stood will now be home to yet another boring glass office building.
Architect David Hu has designed a characterless glass wedge. This matches the characterless glass sliver on Mulberry St. across from Columbus Park, which we have learned is a hotel.

The trend that was predicted by opponents of the Lower East Side rezoning plan is coming true faster than anyone could have predicted. Contrary to what rezoning advocates had said, the building South of Delancey St. not only continues through the recession, it seems to be accelerated. Chinatown, considered ripe for the picking is seeing its share of ugly towers sprouting like mushrooms.
Posted by Watchdog at 1:37 AM No comments:

What is troubling is that none of the solutions offered by the City's representative involved MORE enforcement from the NYPD or from the Office Of Consumer Affairs.

THIS IS THE DANGER OF B.I.D.'s. Neighborhoods and businesses can achieve more without them.

The BID met with city officials regarding street hawkers.

Officials from Mayor Bloomberg’s administration visited with the 47th Street Business Improvement District (BID) to discuss solutions to what the BID calls the growing problem of street hawkers.

While the city is sympathetic to the plight of business owners, and acknowledge there is a problem, they say there are no clear-cut answers. Pauline Yu, an outreach specialist for the Mayor’s Community Affairs Unit, is serving as the liaison among the BID and various city agencies.

During an interview with DDN, Yu said the hawker problem is a “first amendment issue” and that “our hands are tied.” However, she said the city agencies are continuing their dialogue with BID representatives to formulate “innovative, out of the box” solutions to the hawker problem.

Michael Grumet, executive director of the BID, said the important development is that city officials are engaging in discussions with the BID. “We didn’t have that in the past,” Grumet said. “That’s encouraging.”

Yu said she could relate to the issue. “I was approached by two [hawkers] on my visit. It was not a pleasant experience. It can be very frightening for someone. I am from New York and I can deal with these things, but a tourist coming here? It is frightening for people to walk down the block and be accosted. It’s a tough situation and I feel their [business owners’] frustration.”

Among the potential solutions being considered:

* Requiring hawkers to get permits or licenses. This idea has gained momentum among BID members. Several U.S. cities require hawkers to obtain a business license before they can engage in any business activity. An Internet search found that most require an application that includes a fee (it can range from a one-time payment of $75 to $50 a month). Applicants must also submit to a criminal background check. BID members are planning to send this information to city officials.
* Hire more security for the block. Some local merchants suggest that hiring more security would be fruitless unless there were laws to enforce.
* Turn 47th Street into a street plaza and restrict vehicular traffic. Yu broached this idea, but many merchants say with the number of deliveries here each business day, a street plaza would not make sense; besides, it would not restrict hawkers.
* Create a marketing campaign, i.e., sell the block as a place to visit and do business. The drawback, Yu said, “is you have to clean up the block first before you can market it.”

The city is listening. “We’re very sensitive to the BID and we’ll continue to talk to other agencies [about helping them],” Yu said. “We want to help the neighborhood as much as we can.”
The next step will be for the city to act. “We need the city to guide us,” said Keith Lipstein, managing director, ABS Partners Real Estate. “We employ a lot of people on this block, we’re a tourist attraction. We have to get their help.”

Ken Kahn, a BID member who is managing director of Kenart Realties, agreed: “Everyone is looking for money, but we’re not. We’re looking for help.”
Posted by Watchdog at 10:48 PM No comments: