Letter to the Editor - Downtown Express - Chafing at Chatham 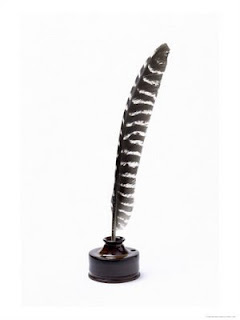 To The Editor:
The Dept. of Transportation’s response to the Dec. 2nd Chatham Square reconfiguration hearing (news article, Dec. 5 –11, “Defying the shouts, city says full speed on Chatham Square”) was a sham. The plan that the city proposes to implement is deeply flawed. It is deceptively alluring when they present the plan as a $50 million traffic improvement that would increase pedestrian safety and add greenery.

If they truly wish to green, bring it on! We’ve been asking for trees since the last Chatham Square reconstruction in l999. In reality the improvements are not based on pedestrian safety studies as one traffic engineer admitted at the hearing. One example is t he loss of a crosswalk at the corner of St. James and Oliver St. Many children currently cross there to go to P.S. 1 and St. James School. Forcing school children to cross two streets at a greater distance does not increase pedestrian safety.


Bus traffic would be forced to make additional and difficult turns to Park Row and to Worth St. from a narrowed Bowery, and they would cross two traffic lights, instead of the current one. Making Park Row single-laned, restricts emergency vehicles, compromises safety and its use as an escape route in a true Lower Manhattan catastrophe. The implementation of this expensive elephant ostensibly to improve traffic will destroy the fragile economy at a major intersection that links the city’s east/west/north/south.


Most troubling is Mayor Bloomberg’s handling of the entire Chatham Square reconfiguration plan that attempted, but failed, to pit community groups against each other while bulldozing across Chinatown. Here as in neighborhoods throughout this city from the communities at Washington Square Park, Union Square and Yankee Stadium -- we have all fought the reconfiguration or takeover of public spaces without true community input. From the rezoning struggles impacting poor and minority neighborhoods in Chinatown, Harlem, Willets Point, Red Hook and the Atlantic Yards — the fake veneer of community participation has been painted on by Mayor Bloomberg’s heavy, sometimes hidden hand — not seen since the days of Robert Moses.

D.O.T. needs to step on the brakes! Before Luis Sanchez of the DOT "shockingly" announced that the City was going to proceed with its summer 2009 schedule to start the Chatham Square reconstruction at this meeting, traffic expert Brian Ketcham and Councilman Alan Gerson had already stated that the City and D.O.T. had not done their homework with regard to pedestrian safety, and, that the Chatham Square proposal was ".. very much a work in progress" (Gerson). (In a later meeting by the Community Board 3 Transportation Committee, Ketcham stated that he had asked Habib Associates - the designers of the Chatham Square plan: Where's the economic impact study and where is the pedestrian safety study? Ketcham was told by Habib Associates that these crucial studies were not ready!)

If the DOT has true concerns regarding pedestrian safety in Chinatown, it would first address the notorious Canal Street/Bowery traffic hotspot for accidents and fatalities, located just 2 blocks north of Chatham Square. The current design of Chatham Square has already proven itself to be better than the old design pre-1999, with far fewer accidents and fatalities than Canal Street. So, in this time of recession, why fix Chatham Square for $50 million when it ain't broke? (One concerned citizen has stated that the money should be used to increase bus service to Chatham Square to make for more thriving business in Chinatown - an excellent idea!)

The proposed redesign of Chatham Square includes a huge bump out plaza at the end of the Bowery, physically blocking Park Row and cutting off fire engines and emergency vehicles from the quickest access route of the Bowery to Park Row and St. James Place to Downtown Hospital (the only full service hospital serving all of Lower Manhattan below 14th Street). At the meeting last week there were no D.O.T. models showing how the proposed narrowing of the Bowery to 2 lanes could accommodate large articulated buses making multiple turns and their potential effect on emergency response times.

The Chatham Square proposal does not adequately address the increased economic strains that years of construction would impose upon Chinatown businesses, nor does the plan adequately address real safety issues. Both the City and D.O.T. need to step on the brakes, go back to the drawing board, and let's not dangerously block the (re)opening of Park Row.