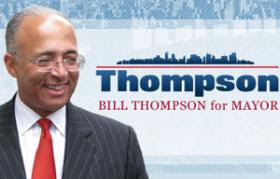 Where: Kim Lau Memorial Arch at Chatham Square in Chinatown

This event is being organized by the Civic Center Residents Coalition, representing Chinatown residents and businesses. The group was founded after 9/11 in response to government street shutdowns and permit placard abuse that resulted in massive traffic delays in Chinatown and the Civic Centre.
Posted by Watchdog at 5:05 PM