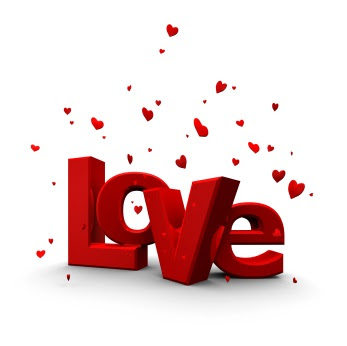 
The story was reported by Max Abelson, Eliot Brown and Dana Rubinstein; and written by Ms. Rubinstein.
New York's real estate community doesn't just love Mayor Bloomberg. It lurves him. And it's greeting the news of his third-term bid accordingly.

"I can't think of anyone who's done more for New York ... in my lifetime," said Howard Lorber, chairman of Prudential Douglas Elliman owner.

"I think he's the greatest mayor we've ever had," said Douglas Durst, of the Durst Organization. Mr. Durst even thinks the new president should call Mr. Bloomberg down to Washington to "straighten out the financial mess."

"I think the country needs him more than the city does," he said.

And Donald Trump said he begs the mayor ("Michael," to him) to run whenever they meet.

"Any time I see Michael I say, please run," Mr. Trump said. "I don't want to get into the details, but any time I see him. I think it's very important."

So what gives? Why all the love for Massachusetts' own, Michael Bloomberg?

First off, he's been a very pro-business, pro-real estate mayor. The expansion of 421a development tax abatement exclusionary zones aside--(Robert Knakal, chairman of Massey Knakal and another mayoral fan, pointed out no one is perfect)--the powerful Real Estate Board of New York has long held Mayor Bloomberg in a favorable light.

And, given recent events on Wall Street, real estate types would prefer a businessman like themselves take care of New York City. (Far easier to trust a businessman, after all, than an activist or, even worse, a lifelong politician.)

"Somebody who can run a multibillion dollar company certainly is capable of running the city--we need more of his type running the country, running the world," Ms. Kleier said.

Mr. Knakal agreed, asserting that "now more than ever, we're going to have to run municipalities like businesses, and I think that his business acumen will serve the city well in being able to deal with the tremendous deficits we're looking at."

"Without a doubt there will be reductions in tax revenue and there will have to be spending cuts and how those cuts are implemented in maintaining a balance between providing service and cutting spending is very much like running a very large company," Mr. Knakal added, "and he is very experienced in that area and has proven he can do an effective job."

All of the mayor's attributes aside, there is something to be said for continuity in leadership during these difficult economic times, said Stephen Siegel, chairman of CB Richard Ellis' Global Brokerage.

"The city will have many challenges over the next few years," agreed Jones Lang LaSalle's regional president, Peter Riguardi. "The great leadership we have had for the past 16 years with Giuliani and Bloomberg must continue as the real estate community is dependent upon New York having a tremendous labor market which will only thrive in New York if the quality of life is justifiable to the cost of living."

Questions of due process--whether or not it's O.K. for Mayor Bloomberg to push for overturning a term-limits law that voters twice passed--were generally pushed aside, with real estate heavies arguing that elections were the ultimate term limit. Except, that is, for Mr. Durst, who told The Observer that he would prefer the voters, not the City Council, overturn the term limits law.

Mr. Trump summed it up nicely: "Fourth term? Absolutely! I think it would be great."
Posted by Watchdog at 4:14 PM