Would you like THIS in your neighborhood? Across the street from a Chinatown playground..... 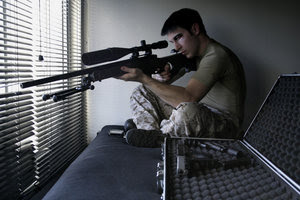 This is from the NY Post:
When the murderous 9/11 Gang of Five finally lands in New York for trial, they'll face an impenetrable wall of security -- with five times the normal number of US marshals flooding lower Manhattan and a ring of marksmen watching their every move, sources said yesterday.
National Guardsmen will be placed at major transportation hubs while the NYPD will close off subway entrances near the federal courthouse and intensify bag searches throughout the system, the sources said. 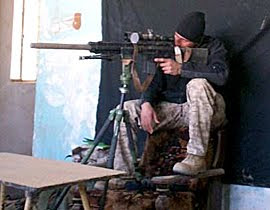 Marshals will be shipped in from out of town and snipers placed on roofs nearby the courthouse, where a death-penalty trial is likely.

Despite the massive security detail, former federal prison guard Louis Pepe -- who was permanently injured in a 2000 stabbing by Osama bin Laden aide Mamdouh Mahmud Salim -- said that it was not enough and that the trial should not be here in the first place.
"It's going to happen again," said Pepe, who suffered brain damage and was paralyzed on his right side after Salim stabbed him in the eye with a sharpened toothbrush while awaiting trial for the 1998 African embassy bombings.
"They want to kill people. They want jihad. They want to become martyrs. That's all they want. That's what they did to me."
CCRC: Why are they here, a few feet from a residential complex which houses 240 families and across the street from Chinatown's heavily used Columbus Park.
Posted by Watchdog at 6:06 PM