The CRUSH Of media expected to descend on Worth St. and surrounding residential complexes during the 9/11 terrorist trials 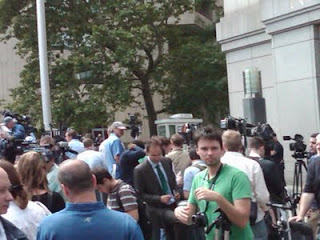 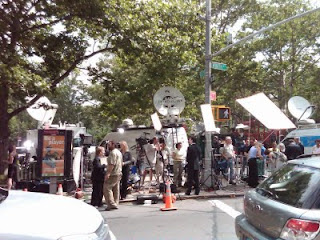 The trial for Bernard Madoff drew hundreds of reporters. 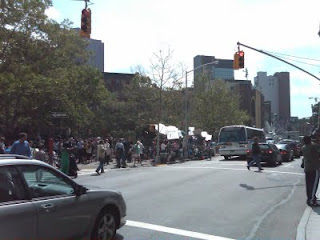 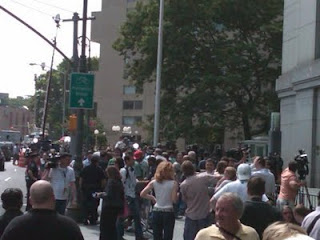 Not much of a "security risk" existed at the trial for Bernard Madoff , unless you WERE Bernard Madoff, so media and passers-by were allowed to freely mill about and proceed unencumbered by such pesky nuisances as the National Guard armed with AK-47s.
IF the 9/11 terrorist trials are to begin at the same location, however, as predicted by the New York Times recently, we're in for a totally different atmosphere. Not only will armed soldiers be in place around the perimeter of the court house, the residents who live next door to the building will have to fight a gauntlet of media personnel AND checkpoints for the next TWO years at least.......... and for what? So the terrorists can, in the end, call for a mistrial?
Fairness for the terrorists? What about the rights of the people in the community to live in peace and safety? What about the pedestrians and drivers using this narrow roadway whose lives will again be totally disrupted by a media circus, circling helicopters, protesters, armed camp, rerouting of traffic, shutdowns, etc. What about the newly renovated marriage bureau and wedding chapels across the street from the court -- what bride wishes to be married in a militarized zone? Get ready, we're in for a dangerous and bumpy ride as these photos show -- but for how many years? 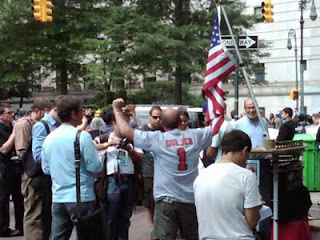 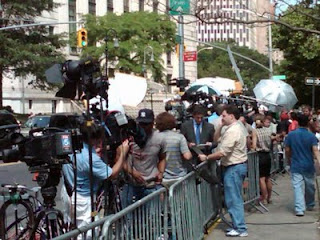 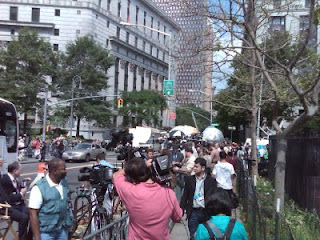