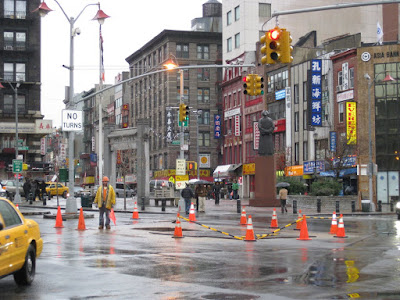 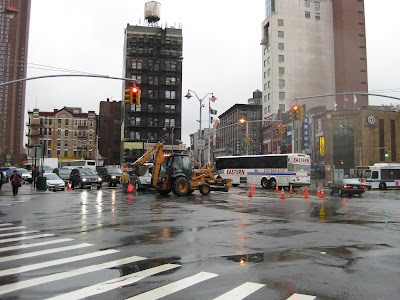 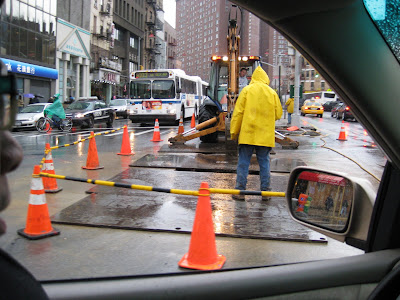 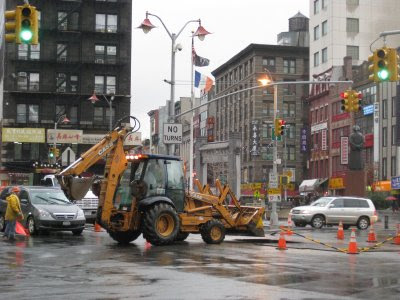 One of the initial steps in the reconstruction of Chatham Square is to drill test pits. That has been underway for three weeks now. Above are photos of the test pits being dug. These photos are just a taste of what its like to have construction going on in one of the most convoluted thoroughfares in the City.