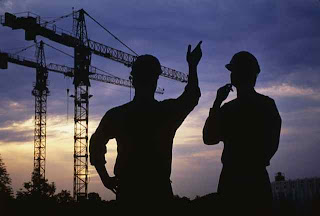 As BID Heats Up, Brokers Look to Chinatown

As Chinatown’s new Business Improvement District awaits a City Council blessing, landlords and agents are beginning to eye prime properties on Canal Street, brokers tell GlobeSt.com. New York City-based brokerage firm ABS Partners Real Estate LLC says they are looking to sell or long-term net lease an existing one-story property at 250 Canal, envisioning several repositioning alternatives for the site, such as commercial mixed-use, retail redevelopment or a hotel to be located on the southeast corner of Canal and Lafayette streets.

“Ultimately I think it will be very positive for the neighborhood,” Steven I. Hornstock, ABS’ co-managing partner and director of investment sales, tells GlobeSt.com. He describes the location as “highly visible” with “continual pedestrian and vehicle traffic,” given direct access to six subway lines and proximity to the Holland Tunnel and Manhattan Bridge.

The area is currently zoned for manufacturing uses, says ABS’ managing director Keith Lipstein, who is hoping for a commercial rezoning designation to pave the way for office and retail. “We’ve done a lot of research and we found particularly in that stretch of Canal, there is no manufacturing going on any longer,” Lipstein tells GlobeSt.com, explaining that manufacturing activity has moved out of the country or elsewhere in the city. “The designation of an M zone as manufacturing is out moded and, by definition, you are somewhat restricted on uses. If we changed over to a C commercial zone, that would allow other uses of the property, and it would have a higher density.”

On the municipal side, discussion about improving commerce in the area is a hot topic. In February, the New York City Planning Commission unanimously approved Chinatown’s BID proposal; it is now up for a City Council vote later in the year. Community Boards 1, 2, 3 and Councilwoman Margaret Chin have also voiced support for the BID, as has the Chinatown Partnership Local Development Corp., led by executive director Wellington Chen.

According to a statement from the Chinatown BID Steering Committee, the proposed BID has a $1.3 million budget for its first year in operation. The majority of the funds–approximately 78%–will be committed to sidewalk cleaning and trash removal, which will create around 30 jobs. An additional $1.9 million is expected to come in from various government sources if the BID reaches final approval.

However, several residents, business owners and community leaders are opposed to the BID’s formation, expressing concern about taxes, big-box development, neighborhood expansion and maintaining the character of Chinatown’s small business atmosphere. The Coalition Against the Chinatown BID, a grassroots group of concerned citizens, for example, poses questions on its Web site such as “What does it cost to clean a street in Chinatown?” and “Why is SoHo in a Chinatown BID?”

Proposed tax assessments for the BID, according to the Chinatown BID Steering Committee, include a minimum $200 assessment for 35% of owners. A handful would pay between $2,000 and $5,000.

Hornstock says an “inertia” remains over the potential rezoning in neighborhood, which has created a small split between property owners and residents, but he predicts the Canal retail corridor will be redeveloped over time. “There will probably be some rezoning at some point because certainly Canal Street, which is a two-way heavily trafficked busy street, should really get the benefit of an increased zoning,” he says. “Taller buildings, more commerce, more commercial and better retail will happen.”