Step One for Michael Bloomberg - DESTROY ALL CRITICS 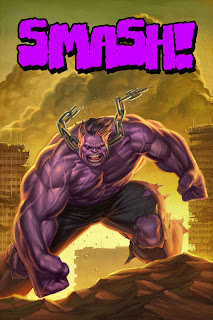 Mayor Bloomberg thinks the job of public advocate is so useless that it should be abolished -- which, he enthusiastically points out, would save New York taxpayers the cost of running the office.

"You should get rid of the public advocate. It's a total waste of everybody's money. Nobody needs another gadfly, and we have an aggressive enough press," the mayor said during an interview with the editorial board of the Staten Island Advance.

The paper published his comments in yesterday's edition.

The statement was the strongest the mayor has made publicly to date about a position that has virtually no power but serves as a government watchdog -- and that is next in line to succeed the mayor in the event of a vacancy.

Bloomberg softened his stance at yesterday's Columbus Day Parade. He suggested that an appointed Charter Revision Commission should evaluate whether to keep the public advocate, and he insisted that eliminating it was not among his top priorities.

He has, however, promised to appoint just such a commission next year -- to evaluate an overall reorganization of city government.