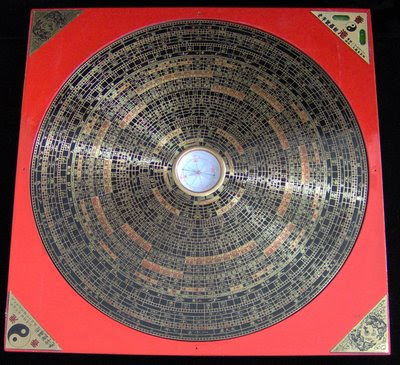 Last night Community Board 3 hosted a presentation by Stantec, the firm hired by the City of NY and D.O.T. to design the plaza and Park Row promenade for the reconstruction of Chatham Square. Part of the reconstruction plan involves a totally new plaza, 27,000 sq. ft. of space, surrounding the Kim Lau Memorial arch already in the center of the square.
The presentation was accompanied by beautifully rendered computer generated images of what was to come once the Chatham Square reconstruction was complete. The drawings were obviously painstaking in their detail and scope and represented the City's vision for Chatham Square with precise detail.

What was missing is what has always been missing, the sensitivity to the community in which the plaza (remarkably similar to a skateboard park) would reside. Except for the color red, there were no indicators that this plaza, over scaled and expansive in size, was in the middle of the largest Chinese population on the East Coast of America. It could have been in Atlanta, or Boise, or Washington D.C. In fact, in showing the hand outs to a variety of people without telling them this plaza was to reside in Chinatown no one thought it was particularly Asian in any sense. No one has guessed it was designed for Chinatown.

CCRC members asked the folks at Stantec, who went through the trouble of bringing full color large format renderings to hand out with versions in English and in Chinese, why Feng Shui was never considered for this plaza. A culture that is five thousand years old, who has to this day a deep rooted belief system based on energy flow, wind and water and its relationship to prosperity and health, would surely benefit from the CONSIDERATION of this belief system in the design of a 27,000 sq. ft. plaza being plopped in their neighborhood for generations. This consideration was absent from the presentation because it was absent from the minds of all involved. There was no defense to the criticism that this plan was culturally insensitive, just blank stares. It was as though someone just called out the elephant in the room.

At no point in fact, at any presentation on planning, roadways, landscaping, or park space was Feng Shui even mentioned. In all fairness there was a mention of a fountain in the middle of the plaza, whose shape was that of a donut, as being "culturally significant" to the Chinese. Convenient that the one item in the plan that was pointed out as being a "nod" to Chinese culture was also innocuous enough to be insignificant to the non-Chinese who would inherit Chinatown after the Chinese have been displaced entirely.

Given the resources that we have in the 21st century, the internet being one of them, jet travel being another and $8 milion being spent on the plaza yet another, The City could have and should have expressed an "overabundance" (a very favorable Chinese concept) of cultural sensitivity for a plaza that no one approved in the first place.

Sadly, what could be an opportunity for America's best Asian American talent has degraded into a political bulldozer project that ultimately looks like a skate board park in a suburban cul de sac, but then again, didn't Guiliani want all of NYC to look like that - Good Work on the Guiliani-Follow-Through Mike.

City to Chinatown: "Feng PHOOOEY to you!"
Posted by Watchdog at 9:17 PM