A "Package of bills" is proposed by NYC City Council - will it work?
We've seen this all before, The Civic Center Residents Coalition has been reporting on this for over a decade.

Councilmembers who do have placards should not be parking illegally, and they are not above the law , according to Corey Johnson Speaker of the City Council. 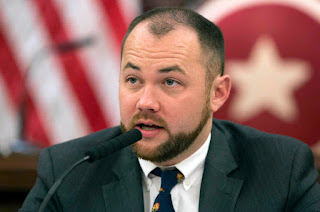 Consider this for a moment, in 2019 NYC Government - all agencies - are relying on a plastic laminated card or "placard" as they are known to identify key personnel who have been designated to use this free parking privilege  .  Technology certainly exists that can not only track employees whereabouts in fleet or private vehicles while on Government time, and it exists to "void" the parking fee for time allotted for a particular task at each parking meter in the City. This can be accomplished with a simple app used only by designated employees, the bonus is that each trip can be tracked.  Once an employee has overstayed their allotted parking time at a meter, they will have to pay for their time just like any other NY'er.  The absence of a "tool of intimidation" removes the scofflaw mentality, the abusive attitude and the holier-than-thou message that sends a negative vibe throughout neighborhoods about NYPD and other agencies.  The Speaker should recognize that this intimidation creates animosity in communities.

This begs the obvious question as to why NYC Government chooses year after year to police the abusers by chasing them down, documenting them on twitter, shaming them on TV, and worst of all using more tax payer money to create more red tape to get the offenders to pay a fine or track their abuse individually.

Until such time as NYC Council and its enforcement body, the NYPD does away with the plastic placard and chooses a 21st century technological approach to finally solve the balancing act of necessary vehicular travel by designated personnel and the need for more parking , we're going to hear this same whining year after year.  The loophole exists so long as the physical tool of intimidation exists "plan and simple".