L.E.S. Dwellers has been suspended by Community Board 3 Chair Gigi Li and district manager Susan Stetzer. 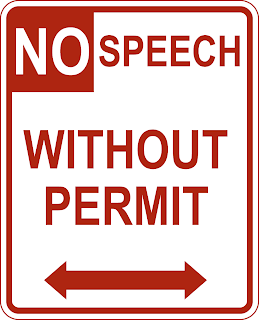 L.E.S. Dwellers has been suspended by Community Board 3 by Chair Gigi Li and district manager Susan Stetzer.

Highly-vocal block association LES Dwellers is being muzzled by Community Board 3. Effective September 23, 2013, the group will be suspended for three months. Timely news just ahead of the SLA subcommittee meeting later tonight where a number of Hell Square items are calendared.

Below is the LES Dwellers’ response to the seemingly controversial action…
"Community Board 3’s decision to suspend the LES Dwellers for 3 months effective Sept
23, 2013 – or more specifically, the procedurally deficient decision of CB3 Chair Gigi Li,
and District Manager, Susan Stetzer, without seeking Board approval – constitutes a
serious violation of the First Amendment’s right to free speech.

Specifically, the LES
Dwellers was suspended not because the group engaged in unlawful behavior, but rather
because Li and Stetzer objected to certain opinions being expressed by the LES Dwellers,
the manner in which the group chose to express them, and the persons with whom the
group chose to communicate them.

The First Amendment’s guarantee of free speech is
not only infringed when a government entity prevents one from speaking, but also when it
“chills” free speech by threatening or implementing punishments in response to the
decision to speak freely.  That is precisely what CB3, through its Chair and District
Manager, have done.

In response to Community Board 3’s actions, L.E.S. Dwellers filed a complaint with the
Manhattan Borough President’s office. The complaint includes an audio recording of the
entirety of the conversation between the LES Dwellers and Li and Stetzer, in which the LES
Dwellers were told of the suspension and the reasons therefore, as well as the Community
Board suspension letter and response letter from the LES Dwellers, including 81 pages of
supporting supplemental material.

The LES Dwellers calls on Manhattan Borough President to take swift action in response
to Community Board 3’s suppression of the group’s constitutional rights, including reversal
of the CB3 decision and whatever punitive action may be deemed appropriate given the
severity of a Constitutional violation by members of the Board.  Although the LES Dwellers
want to give the Borough President the first opportunity to condemn and rectify this highly
inappropriate behavior, the group is considering all available courses of action, including taking legal action against the board and the offending officers.

Writing for the Supreme Court of the United States, Chief Justice Warren Burger clearly
explained that “constitutional violations may arise from the deterrent, or ‘chilling,’ effect of
governmental [actions] that fall short of a direct prohibition against the exercise of First
Amendment rights. . . .  [G]overnmental action may be subject to constitutional challenge
even though it has only an indirect effect on the exercise of First Amendment rights.”  (Laird
v. Tatum).  Here, CB3’s position, that if and only if the LES Dwellers limit the way in which
they choose to lawfully advocate for their positions will we be officially recognized by the
Board, forces the LES Dwellers to choose between fully exercising our right to free political
speech and participating fully in the CB3 process.  No government entity has the lawful right
to insist an advocacy group make such a choice.  This attempt to intimidate and punish the
LES Dwellers into advocating according to CB3’s wishes is a low point in the history of
New York City Community Boards."-   L.E.S. Dwellers