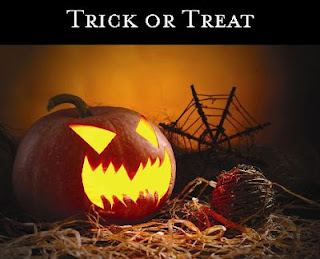 Our councilmember, Margaret Chin, has called a public hearing this Halloween, Wednesday, October 31, 10:00 am at City Hall on the proposed SoHo BID, a Business Improvement District.

We need you there in force if we are going to defeat this. We do not understand why Chin is pursuing the issue, since it has been dormant for quite a while and is overwhelmingly opposed by the SoHo community, our other elected officials, the community board, and the local newspapers.

The committee hearing will be conducted by the city council's Finance Committee chair, Dominic Recchia, and both proponents and opponents of the BID will present their positions at the hearing, which is expected to go on for several hours. If you are unable to arrive at the beginning, we expect the hearing to continue into the early afternoon, so you can still arrive well after it begins. Bodies Count! Please be there.

If you are absolutely unable to attend, please email the SoHo Alliance your opinion on this BID scheme and we will present it in person to the councilmembers the day of the hearing: info@sohoalliance.org Below are some salient bullet points to include in your email: - The BID is undemocratic.

condos get one BID vote per resident, but coops get only one vote per building. Thus, a 41-unit condo like 40 Mercer Street on Broadway and Grand was allowed 41 votes, while the large coop next door to it was given only one. Is that fair? Further, there is no oversight on who votes in favor of a BID, while BID opponents must jump through hoops to register opposition.

Again at 40 Mercer: a single pro-BID resident suspiciously signed his single ballot with the names of the 41 other residents, 29 of whom don't even live in the New York, mostly Europeans renting out their condos as investment properties. He submitted no affidavit, no certified mail receipt, no notarized permission or authorization documents to validate the ballot, yet the City accepted those 41 spurious votes without question.

However, to oppose a BID, opponents must personally request an objection form, have it notarized and then submit it along with the title deed, a hurdle clearly intended to force BIDs down our throats. Incidentally, of the total 96 'yes' votes in favor of the BID, 41 of those - 43% - were submitted by this one person from 40 Mercer on a single ballot form. Does that sound democratic to you? -

The BID is unnecessary; there are simpler, less expensive and less coercive alternatives that don't raise taxes. The SoHo BID is the brainchild of ACE founder, Henry Buhl, working in concert with real estate developers. Read here. Buhl wants the BID in order to fund his organization, ACE, the nice people who clean our sidewalks. Buhl claims ACE is losing money sweeping Broadway and a BID is required. However, there is hard evidence that Buhl would like to see the BID spread to all of SoHo and that he is underfunding the Broadway cleaning by ACE in order to create the perception that a BID is needed.

The executive director of ACE has stated that it cost between $125,000 to $150,000 to sweep Broadway. So why does the BID require a budget of $550,000, most of it for 'administration' and 'advocacy'. Is it to pay the high salaries of the BID administrators, while the homeless people who sweep our streets get minimum wage? -

Alternative Solutions:
* A Chamber of Commerce, as other neighborhoods like Greenwich Village and Chelsea have created, voluntarily funded by property owners and businesses and not by forced government taxation
* A voluntary, privately-funded, merchant/residents association like BAMRA, the Bleecker Area Merchants and Residents Association, or the NoHo-Bowery Stakeholders
* A private, not-for-profit, 501-c3 association, say, 'Friends of Broadway', funded by the real-estate developers who want this BID, which could conduct a fundraiser or benefit to secure the money to clean their sidewalks
* Let the BID proponents, instead of taxing us, behave like good citizens and join groups like the Broadway Residents Committee or the SoHo Alliance to get, as we have, more sanitation enforcement, better police enforcement against illegal peddlers, adequate traffic control, restrictions on street fairs, etc. Since the BID was proposed over two years ago, not a single member of the BID or ACE have come to a community board or a police meeting to solve the problems on Broadway that they claim a BID would solve, while members of the Alliance or Broadway Residents Committee attended these meetings monthly - and get results!
*Or, simply, have the Broadway stores and landlords sweep in front of their property - as we all are required to do by law without resorting to a BID. - The BID was not originated by Broadway residents or businesses, the vast majority of whom do not want it. The BID is being foisted by people who do not live in SoHo. The chair of the BID Committee lives on the Upper East Side, the director of ACE lives in New Jersey, the BID consultant lives in Chelsea, etc.

These are just some bullet points you can use. But please do your best to attend in person. Many thanks, Sean Sweeney, Director
Posted by Watchdog at 12:25 PM