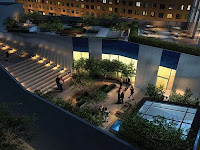 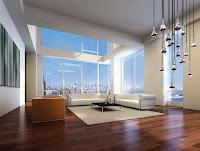 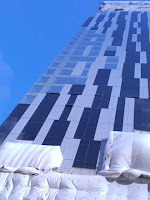 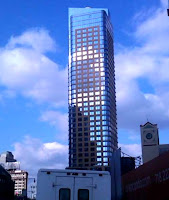 Across the river from Chinatown on Flatbush Avenue, Brooklyn several huge luxury condo buildings have risen. Among them is the Toren - $300,000.00 - $1 Million per unit, at Flatbush and Myrtle Avenues.
With the rise in luxury condos comes the rise in traffic into Chinatown from Brooklyn. It makes sense that newbies to Brooklyn don't just drive within Brooklyn, they drive to Manhattan, sometimes daily.
The most direct routes into Manhattan from the Toren and the other condo towers on Flatbush are the Manhattan and Brooklyn Bridges. The Manhattan Bridge empties into Chinatown via Canal st. and The Brooklyn Bridge traffic flows through Chatham Square via St. James Place, YET Phillip Habib, the City's planner for the redesign of Chatham Square never bothered to include the enormous rise in condo units just over the Bridges from Chinatown in ANY redesign presentation. Interestingly Phillip Habib was also the City's planner for many of the Flatbush condo projects! What gives?!
Either the planner is grossly incompetent in this omission or he is following executive orders to use pin point focus on Chatham Square alone when considering its redesign. It doesn't take a degree in City planning to point out the obvious affect of increased traffic over the bridges and through the tunnels so why the conspicuous omission?
Do the new residents in the Toren all bicycle? Does everyone who buys a luxury condo unit these days forego a car opting instead to walk, use mass transit or bike from the neighborhing borough? Do the buyers of half million to $1M condos these days walk to Brooklyn to apartment hunt?
Phillip Habib and the City would like us to think so, but we know better.
The new condos that popped up on Worth Street between Centre and Broadway have already caused an increase in traffic on Worth St. and Chatham Square.
The new marriage bureau (formerly the DMV) on Worth St. is another magnet for traffic, again no mention of the "Las Vegas Style Wedding Mill" in the Chatham Square redesign plans.

NOTE TO HABIB: WAKE UP! more condos = more cars . Put it in the analysis.

Phillip Habib was slammed by the Chinatown community for, among other things committing "illegal segmentation of data" (as pointed out by CB3's District Manager) and using too small a sample group and survey of businesses in Chinatown in the socioeconomic portion of the judge ordered E.I.S. for the closure of Park Row. Omissions of pertinent data and elastic bounderies are a few tricks the City's "hired gun" has used before.
Posted by Watchdog at 2:08 AM